There are many reasons why a roof gets damaged. One of these is impact from solid objects, which can cause anything from minor dents to major damage that result in an early residential roof replacement. In today’s post, local roofing company Genesis Roofing shares a look at the most common causes of impact damage on a roof.

1. Windblown Debris — These are loose objects that are lifted by high winds and dropped on the roof. While this usually happens during a storm, there are many known instances of objects that were lifted by the wind from an adjacent taller building, a hillside, or other areas with higher elevation. Most insurance providers cover perils caused by such objects, though damage to the object itself, assuming it has value, is not covered.

2. Building Components — Similarly, damage can be caused by falling objects from an adjacent building. Unlike windblown debris, these components can drop from a building due to faulty installation, old or rotting fasteners, or simply because it was thrown from a roof or window. Nails and similarly small yet sharp objects are more likely to cause long-term damage because if a sharp point punctures the roof, you probably won’t notice it. The puncture can slowly develop into a bigger leak that may ultimately require emergency roof leak repair.

3. Tree Branches — If you have trees in your property, make it a point to keep the outer branches trimmed and maintain a clearance of about ten feet from the roofing surface. There are many benefits to doing this: it prevents small animals from accessing your roof, it avoids scratches caused by sharp branches, and, if a tree branch happens to break, it won’t fall on your roof.

4. Hail — Hailstones probably won’t punch a hole through your roof, but it can cause dents and cracks that can lead to moisture damage. Hail damage has been known to cause disputes between homeowners and insurance adjusters because asphalt shingle blisters and hail damage look so much alike. The problem is, blisters are a manufacturing defect, and are generally not covered by insurance but should be covered by manufacturer’s warranties. This is why you have to have your roof inspected by a roofing professional before filing a roofing insurance claim.

Genesis Roofing is your leading provider of roofing services, including storm damage restoration. Give us a call at (515) 202-1667. You can also fill out our contact form to schedule an appointment. We serve customers in Clive, IA, and surrounding communities in Iowa.

Contractor kept in touch regarding the timing of the repair. He was helpful with my insurance claim. He was efficient and did a great job cleaning up.

Bryan and his co worker came and finished the roof fixing in 1/2 a day. He explained and showed what the issue was and what he was fixing with.

They showed up on time, did the work, job looks good.

They did an excellent job. They really dug in and got to the root of the problem. I am confident we will have no more water leaks around our chimney.

Thank you for the great work. Very quick and reliable 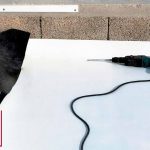 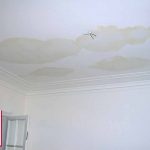 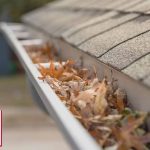 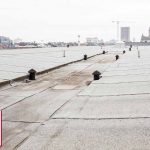